Insect Biome Atlas (IBA) is an international collaborative effort to describe in detail the insect faunas of two biologically and geologically very different countries: Sweden and Madagascar. The project, one of the largest ongoing insect biodiversity surveys, addresses key questions about the insect diversity: How are insect species distributed across habitats, sites and seasons? What are the key environmental factors shaping insect diversity?

Collection phase lasted a whole year (2019) in each country and was done by means of Malaise traps: 200 in Sweden and 50 in Madagascar. Summing up, the IBA collected more than 8000 insect community samples. Several other types of samples and ecological measurements were also collected at the trap sites to gather a full understanding of the ecological roles of the organisms that comprise the insect biome in these countries. Analysis of the samples include identification of all insects and the organisms they interact with, such as pathogens as well as symbiotic fungi and bacteria - this is achieved by using novel DNA techniques. The results and material collected during the IBA project will be useful for scientists interested in systematics, taxonomy and insect ecology and evolution for many years to come.

In Sweden the Malaise traps were managed by over 100 volunteers, which makes this project one of the largest citizen science projects to take place in Scandinavia. PhyPPL is a Marie-Curie-financed project aimed to achieve the first large-scale application of probabilistic programming in phylogenetics. It is closely linked to the development of the TreePPL probabilistic programming language for phylogenetics. The project's goals are to develop evolutionary models taking advantage of the advanced inference methods provided by sequential Monte Carlo algorithms and implement them in the new TreePPL programming language.
The project is supported by a grant from the European Union’s Horizon 2020 research and innovation program under the Marie Skłodowska-Curie grant agreement PhyPPL No 898120 to Viktor Senderov.
Involved Researchers: Viktor Senderov 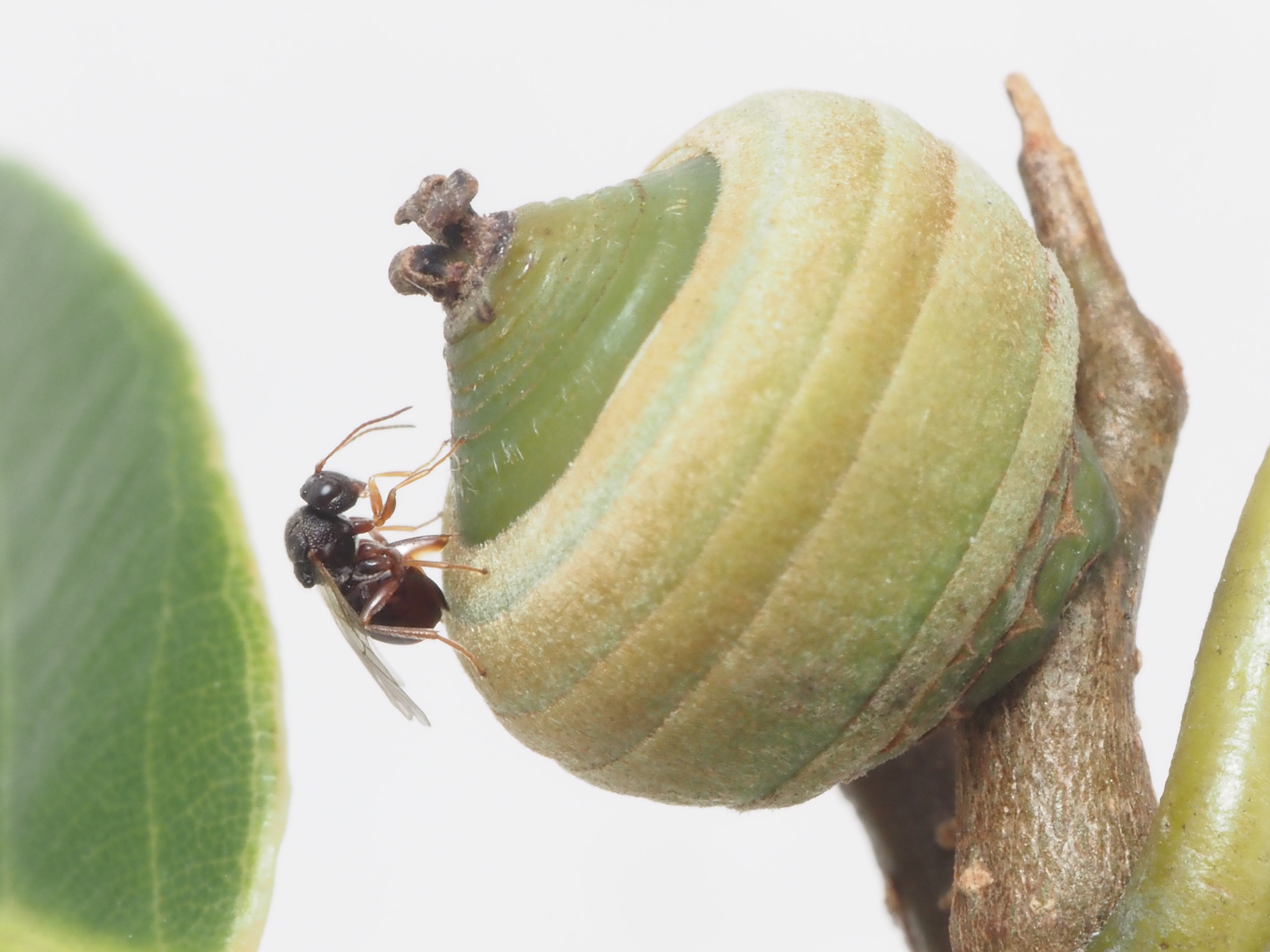 We study gall-wasps to try to understand the genetic basis of their biology. Gall-wasps (or Cynipids) are a family of parasitic wasps that attack oaks and other plants. They are notable for their habit of manipulating their host by forcing it to produce a complex structure where the larvae are fed and protected. However, some cynipids are unable to initiate the process and usually live in the gall of other insects (they are hence termed the "inquilines"). In order to identify genes responsible for gall-induction and clarify its exact mechanism, we compare the genomes of gall-inducers and inquilines. We also work on improving our understanding of both the phylogeny of the group and the life-history of the various species, as this kind of knowledge is essential to the form. 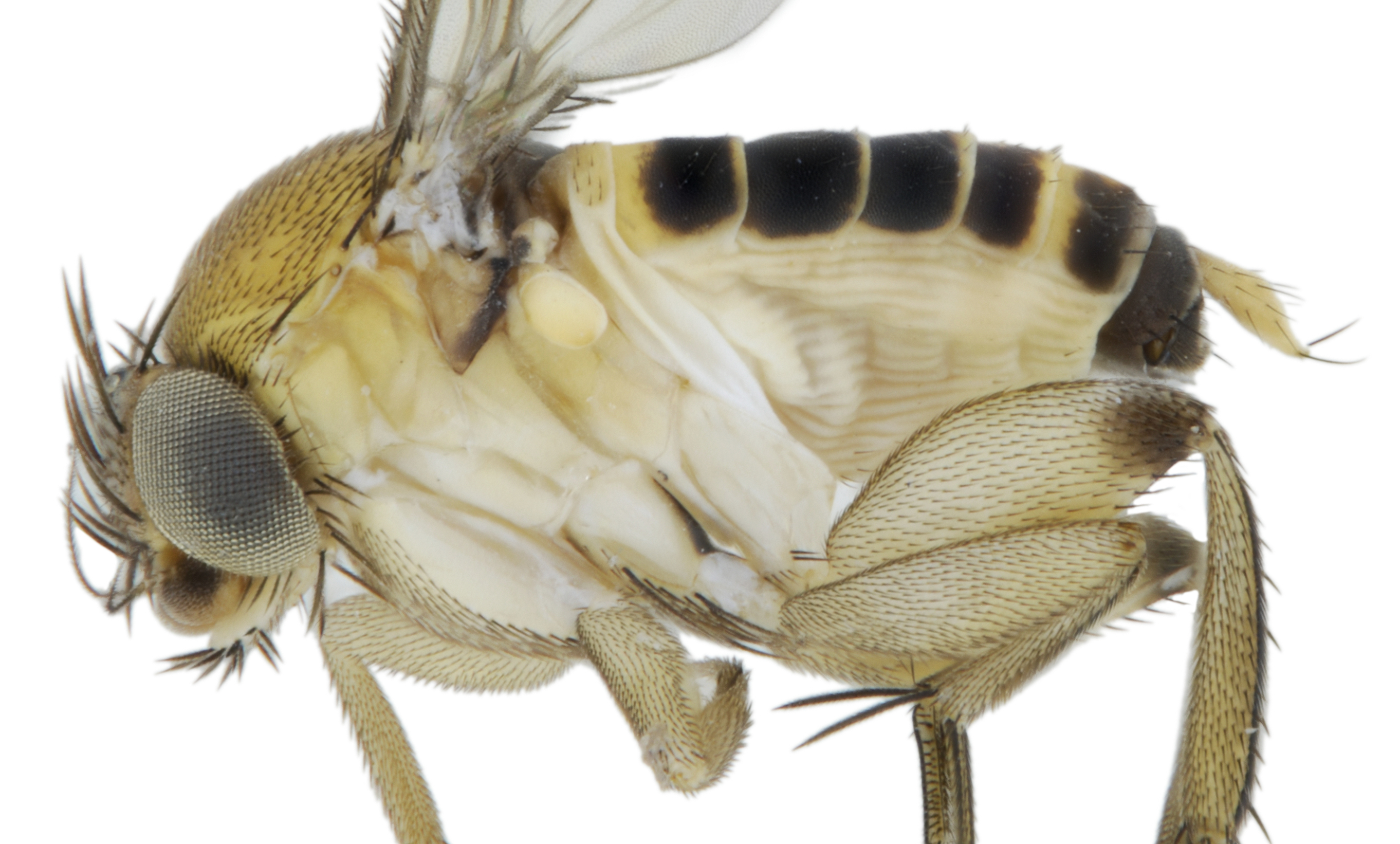 Our projects are centered on exploration of the large, "open-ended" genus Megaselia (Diptera: Phoridae). Large, diverse groups like Megaselia can be excellent tools for investigating ecosystems but the sheer size and diversity of these groups pose a number of logistic challenges. Projects will focus on the identification of Megaselia in Sweden (including the description of species new to science), the phylogeny of Megaselia, streamlining species discovery using massive parallel sequencing (MPS), and recovering life history data of the clade using MPS. 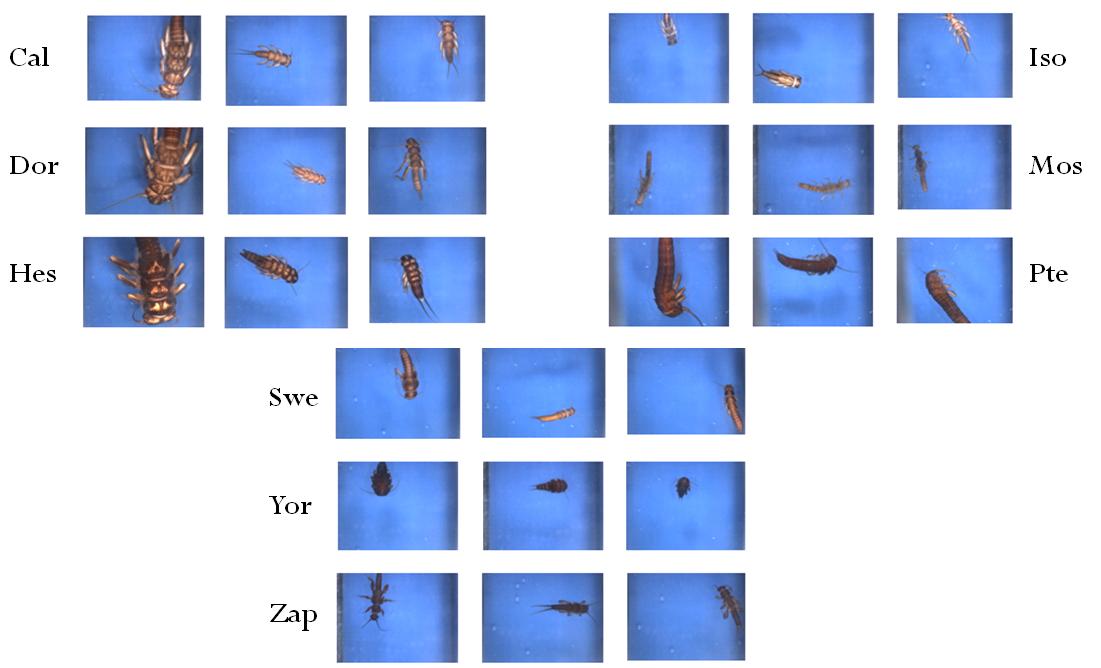 Rapid and reliable identifications of organisms are important in many contexts, from the detection of disease vectors and invasive species to the sorting of material from biodiversity inventories. Because of the shortage of adequate expertise, there has long been an interest in developing automated systems for such tasks. Today, sophisticated AI models can help us to automate some of these processes. Although not always at the human expert-level, these models are doing it much faster and can be applied on scales unmanageable for manual processing.

Our research mainly focuses, but is not limited to, the use of state-of-the-art machine learning in computer vision, convolutional neural networks (CNNs). Our research addresses questions such as: 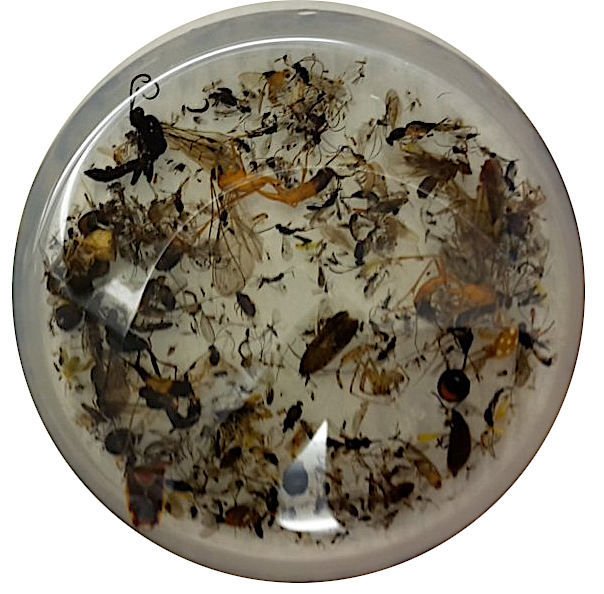 This project, part of the European project BIG4 consortium (Horizon 2020 framework - Marie Curie innovative training network), was focused on the optimization of protocols for metabarcoding of insects from bulk samples or environmental DNA (eDNA).

Our research stressed the importance of the marker choice as one of the key factors in the metabarcoding workflow, in terms of maximising taxonomic coverage and resolution, as well as which marker is more adequate for different types of samples.

We also focused on laboratory methods for non-destructive DNA extraction, trying to find the best protocol that effectively extracts DNA while minimizing the effect on the structural integrity of the specimens, so that their morphology can be examined by taxonomists after obtaining the sequencing results.

This synergy between metabarcoding and taxonomy can speed up the discovery and description of new species. 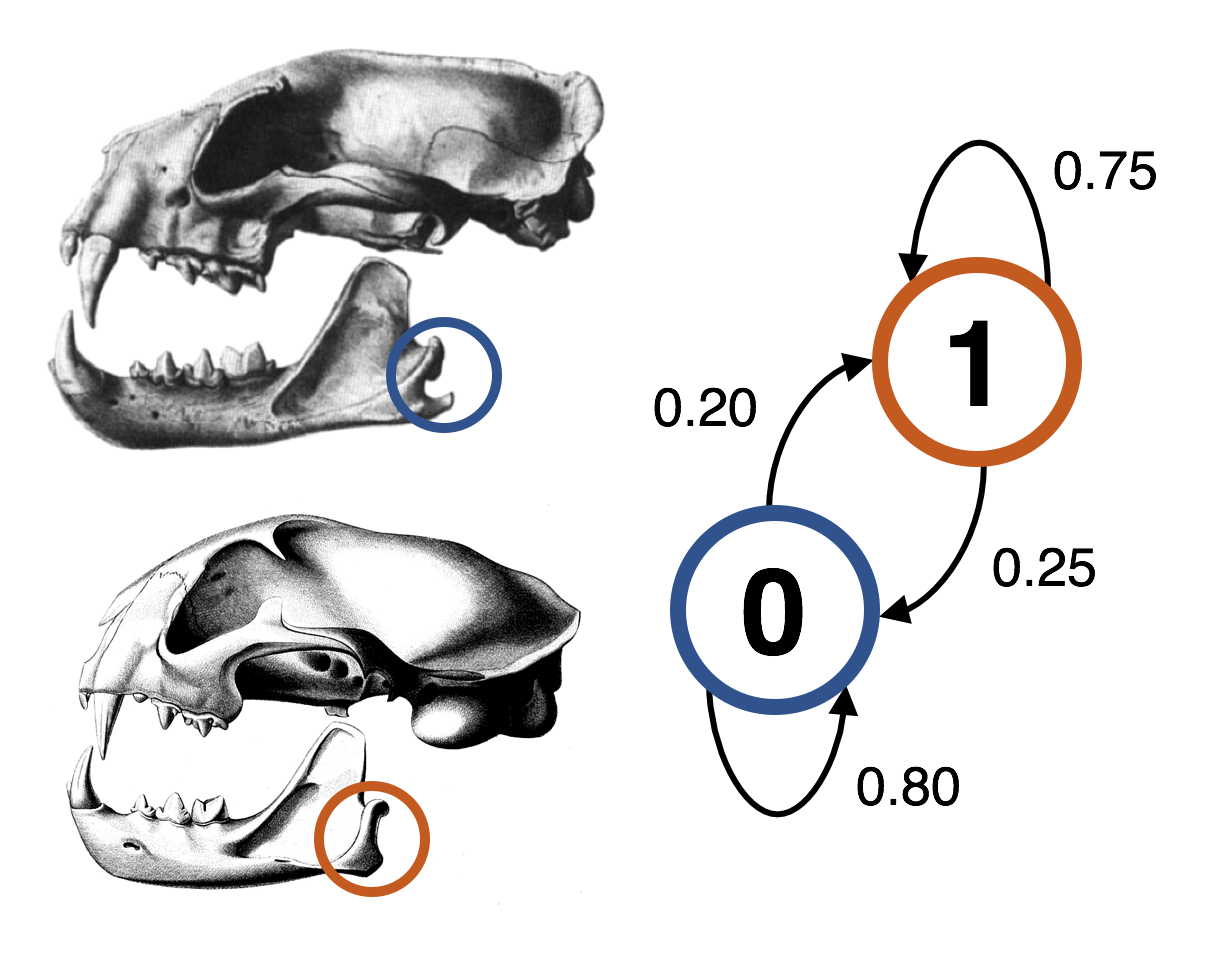 Morphology represents an important source of data for understanding evolutionary history, particularly for fossil taxa, which remain the only means by which we can directly observe the history of life. Modern statistical phylogenetic inference methods using Bayesian and maximum likelihood frameworks require probabilistic models of evolution, such as the Generalized Time-Reversible (GTR) model of DNA evolution. However, existing probabilistic models of morphological evolution are relatively simple, and fail to capture the complexity of morphological evolution – in the context of phylogenetic inference, their use is analogous to using only the Jukes-Cantor model for phylogenetic inference using nucleotide data. We are thus developing new probabilistic models of morphological evolution to address this gap. In particular, we are modelling correlation between traits, using both discrete-state continuous-time Markov models and multivariate normal models to detect correlation structure in phenomic datasets. 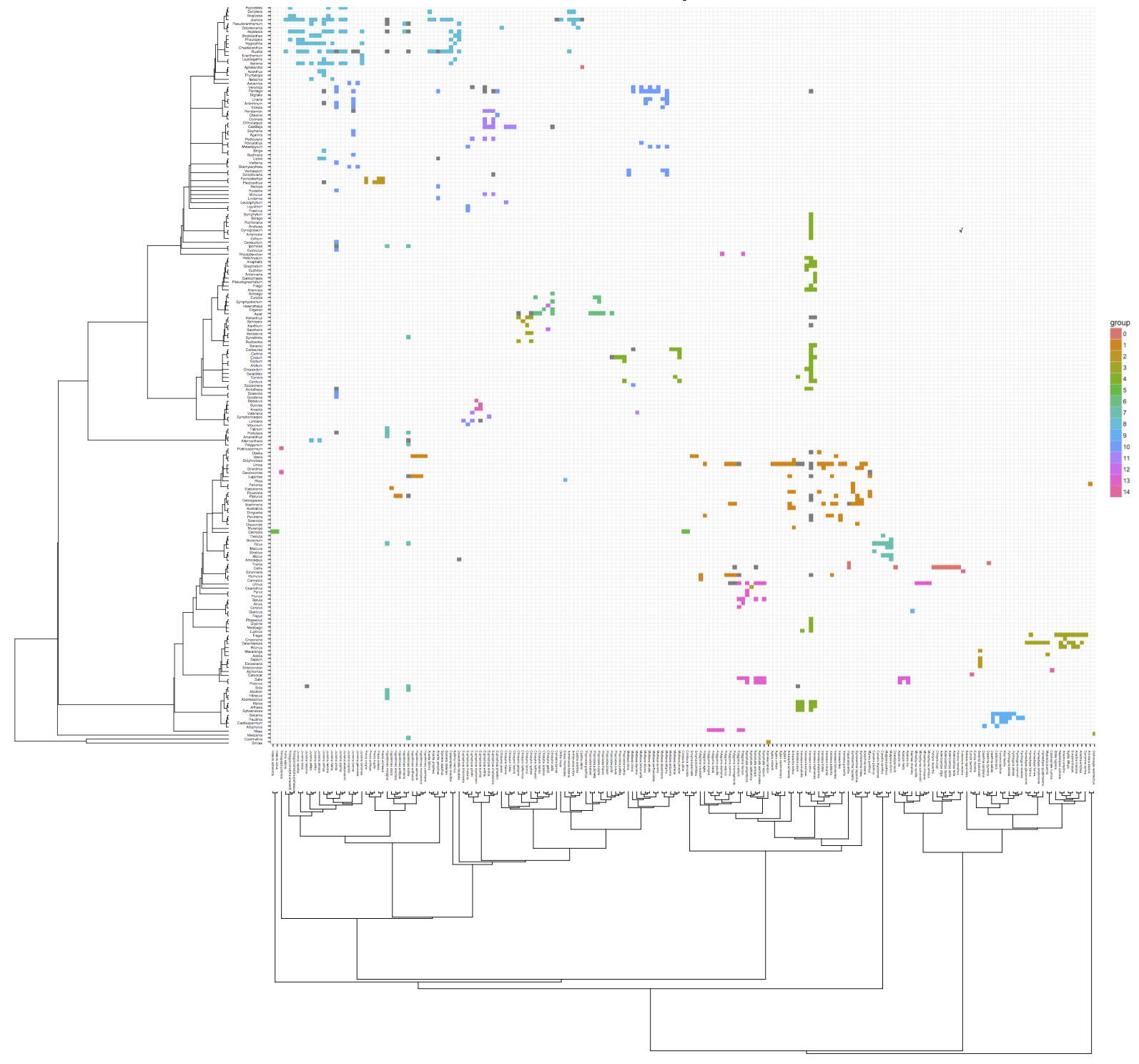 In collaboration with Michael Landis (Yale University), we are developing a Bayesian approach for inferring the history of association between butterflies and their host plants. We describe the evolution of the repertoire of hosts that a butterfly uses as a continuous-time Markov process of gain and loss of discrete hosts, where gains are influenced by the phylogenetic distance between hosts. This method will allow us to investigate more realistic problems that involve ecological interactions among many taxa. 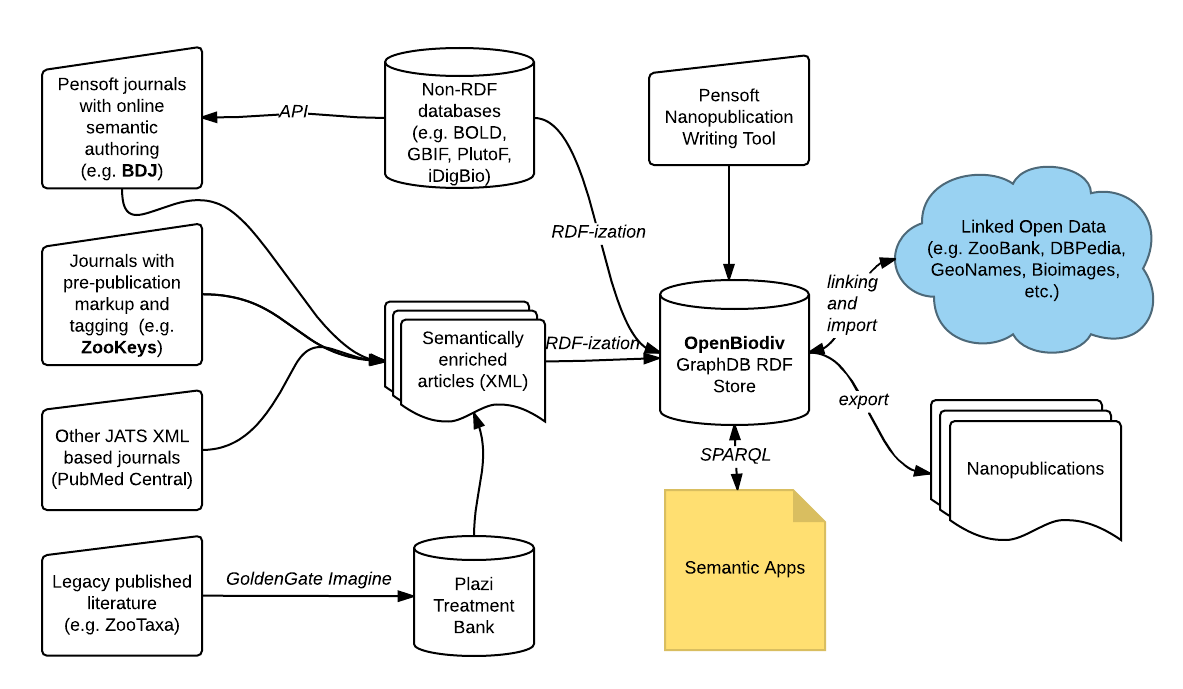 A knowledge base (KB) about biodiversity called OpenBiodiv. The KB consists of semantic apps (expert apps) that answer specific questions that biodiversity scientists have, as well as general access services running on top of a semantic graph database. The database is powered by the OpenBiodiv Ontology